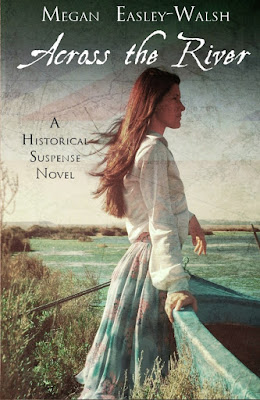 About Across the River:

For her, he'd go to the ends of the earth.
When she disappears, he might have to.

In the English countryside in 1774, Caleb Haroldson and Rebecca Turrington are destined to be together. Stealing her inheritance to fund the life of her choosing with Caleb seems like an easy enough task for Rebecca, as she schemes with him beside the river late one night. But Rebecca is not the only one making plans for her future.

When Turrington Manor is ravished by flames and a mysterious hooded figure on horseback appears, Rebecca is swept into a plot of revenge and revolution. Is anyone safe in a land where hundreds have gone missing.

As Rebecca struggles for her freedom and Caleb endeavors to find her, both sides of the Atlantic are poised to erupt and everywhere lurks the haunting phrase "Across the River."

Excerpt:
There is no life and death.
There is only life.
Death is an illusion, an appearance, nothing more.
It is a fleeting shade that disappears in the light of truth.
And life, life is constant, ever-flowing like a river.

Chapter One
The English Countryside, Summer 1774

“Go,” he whispered against her. Assuredly, if he had known what was to happen, he never would have said it. 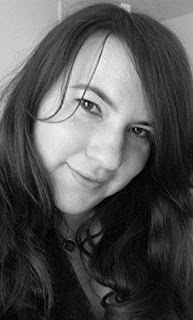 Megan Easley-Walsh is an author of historical fiction, a researcher, and a writing consultant and editor at Extra Ink Edits. She is an award-winning writer and has taught college writing in the UNESCO literature city of Dublin, Ireland. Her degrees are in history-focused International Relations. She is American and lives in Ireland with her Irish husband. She is also the author of the novels Flight Before Dawn, What Edward Heard, and North Star Home.

Across the River’s ebooks are published by Macmillan and are available from several retailers, including Amazon, Barnes & Noble, Ibooks,and Kobo. Paperback and hardcover books are also available and can be found on Amazon and Barnes & Noble.
Posted by Connie Keller at 7:50 AM

Email ThisBlogThis!Share to TwitterShare to FacebookShare to Pinterest
Labels: Across the River, Megan Easley-Walsh