But What Are They Eating? 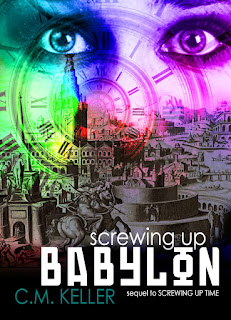 Today, I'm at the blog But What Are They Eating?, discussing the role food plays in the Screwing Up Time novels. Click here to check it out!

And be sure to read some of the other great posts and follow the blog to learn more about food and how authors use it in their novels.

And a big thanks to Shelley for hosting me!! Check out her novels here.
Posted by Connie Keller at 8:29 AM 1 comment:

City of Blades is the sequel to Robert Jackson Bennett’s City of Stairs, and while I did not read the first book in this series, it did not keep me from enjoying this well-crafted novel.


The plot has a brisk pace and number of twists, whose groundwork is well-laid and yet still feels surprising. One of the best qualities of this book is the character development. In particular, Turyin is a fascinating general. Scarred by battle, she learns to accept her past while atoning for it by preventing an apocalypse. Also, Signe and Sigrud grow through struggle as their relationship is redeemed.

Like many fantasy novels, City of Blades has philosophical overtones. Notably, the novel deals with issues such as the nature of war and the afterlife. In some instances, I found the characters’ musings prosaic; other times I found them short-sighted and wished I could engage the characters in discussion. But this isn’t necessarily a flaw, more a compliment since I cared enough to want to do so.

My final thought is on the world-building in the novel. Mr. Bennett has built a world with hints of India and Hinduism while at the same time crafting a unique place. However, as interesting as Voortyashtan and the City of Blades are, I didn’t quite connect with them. However, in spite of this, I would give the novel four stars because even though I didn’t connect with the world, I had to keep reading and find out what happened to Turyin and Signe.

N.B. Because this novel deals with the evils of war and though it does so in a restrained manner, it is not a fantasy for children.

I received this book for Blogging for Book in exchange for a review.
Posted by Connie Keller at 1:12 PM 2 comments:

Email ThisBlogThis!Share to TwitterShare to FacebookShare to Pinterest
Labels: A City of Blades, B4B, Blogging for Books, Robert Jackson Bennett

A little over twenty-five years ago, our oldest child, Luke, was born. We have enjoyed watching him pass the many milestones of life. Learning to walk. Learn to read. Graduating from high school. Graduating from college. Moving out and going to graduate school. 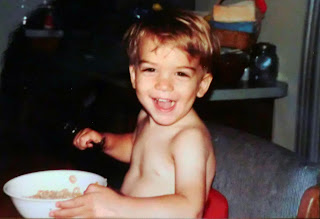 A few days ago, we were able to share in another milestone in his life. He asked the woman he loves to marry him. And she said, "Yes." 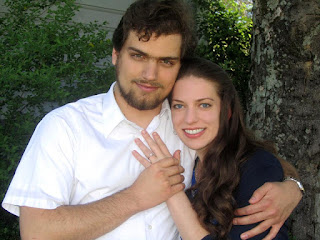 We are thrilled! Lydia is a wonderful young woman and the perfect companion for Luke. We are so thankful to God and are looking forward to a wedding later this year.
Posted by Connie Keller at 7:30 AM No comments: