Our kids love acting.  They were recently in Shakespeare's As You Like It.  Here are some photos.  Notice the cool costumes--I made the boys' and Ariel sewed her own. 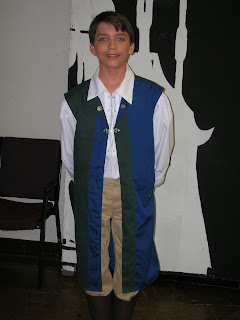 Matthew played Touchstone.  He needed a motley coat.  Blue and green was as "motley" as Matt was willing to go.


Ariel played Rosalind and also performed in a string trio before the play. 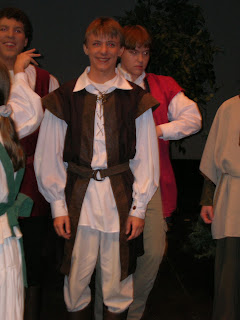 Jacob played Oliver--the bad guy in the play.  But it's okay because he's reformed by the end. 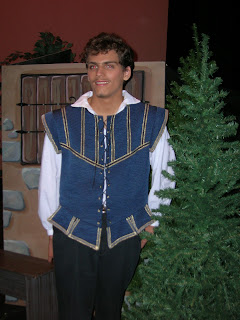 Luke was the stage manager (he's too old to participate anymore).  However, when an actor dropped out, Luke eagerly took his place as well as managed the stage.

Email ThisBlogThis!Share to TwitterShare to FacebookShare to Pinterest
Labels: Shakespeare