This year I promised Matt that I'd make him some costume accessories. His brothers both have gotten huge, feathered hats. And capes and gauntlets. But Matt wanted fingerless gloves. So I said, "Sure."

Of course, there wasn't a pattern. So I traced his hands and went from there. 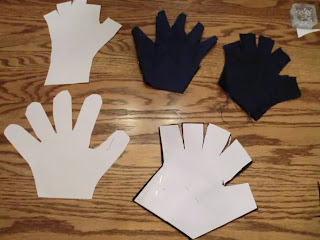 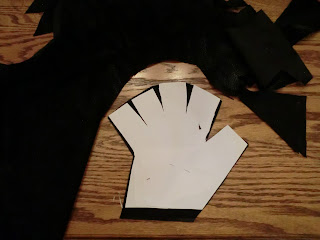 Here's the pattern that did work. 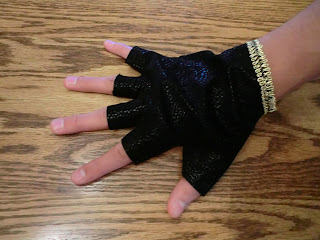 The final version of the glove. 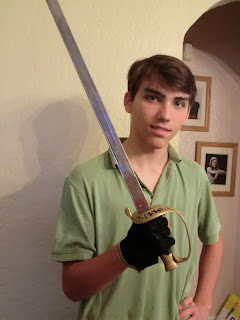 Here's how it will look on stage. Except he'll have a costume and stage makeup on too.

If you're interested in attending The Comedy of Errors, the troupe is performing it on Saturday, August 3, at 2pm at Roddy Theater, Baylor. The troupe does an amazing job. And it's free!!