Okay, this is a weird blog post. But it is what it is.

In the photo below, there are three towels. 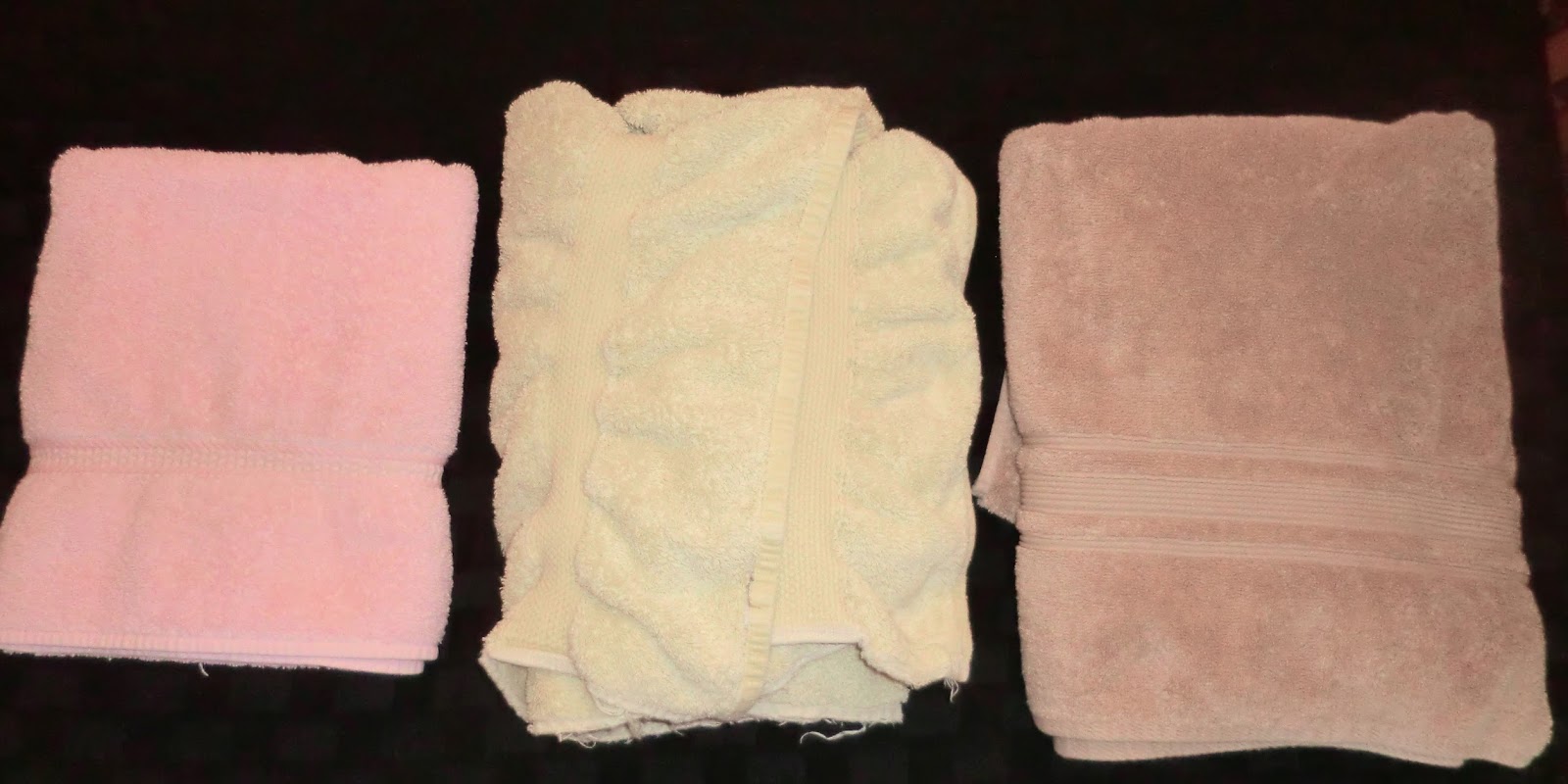 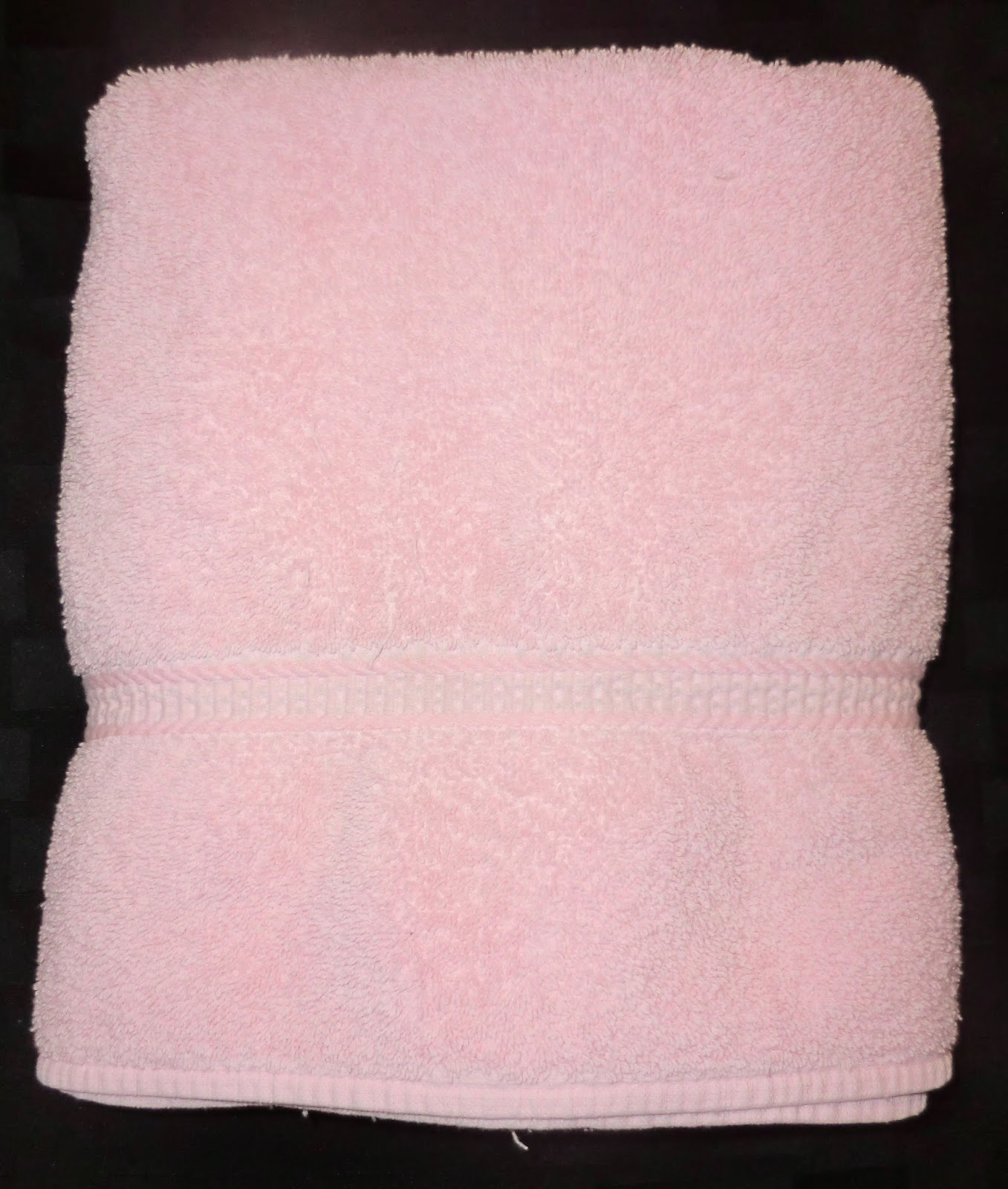 Towel number one, the pink one is 52 years old. I know how old it is because my mother bought it before she was married—my parents have been married for 51 years. Please notice, it has no pulls, no frays, no stains and has retained its color despite 52 years of use. 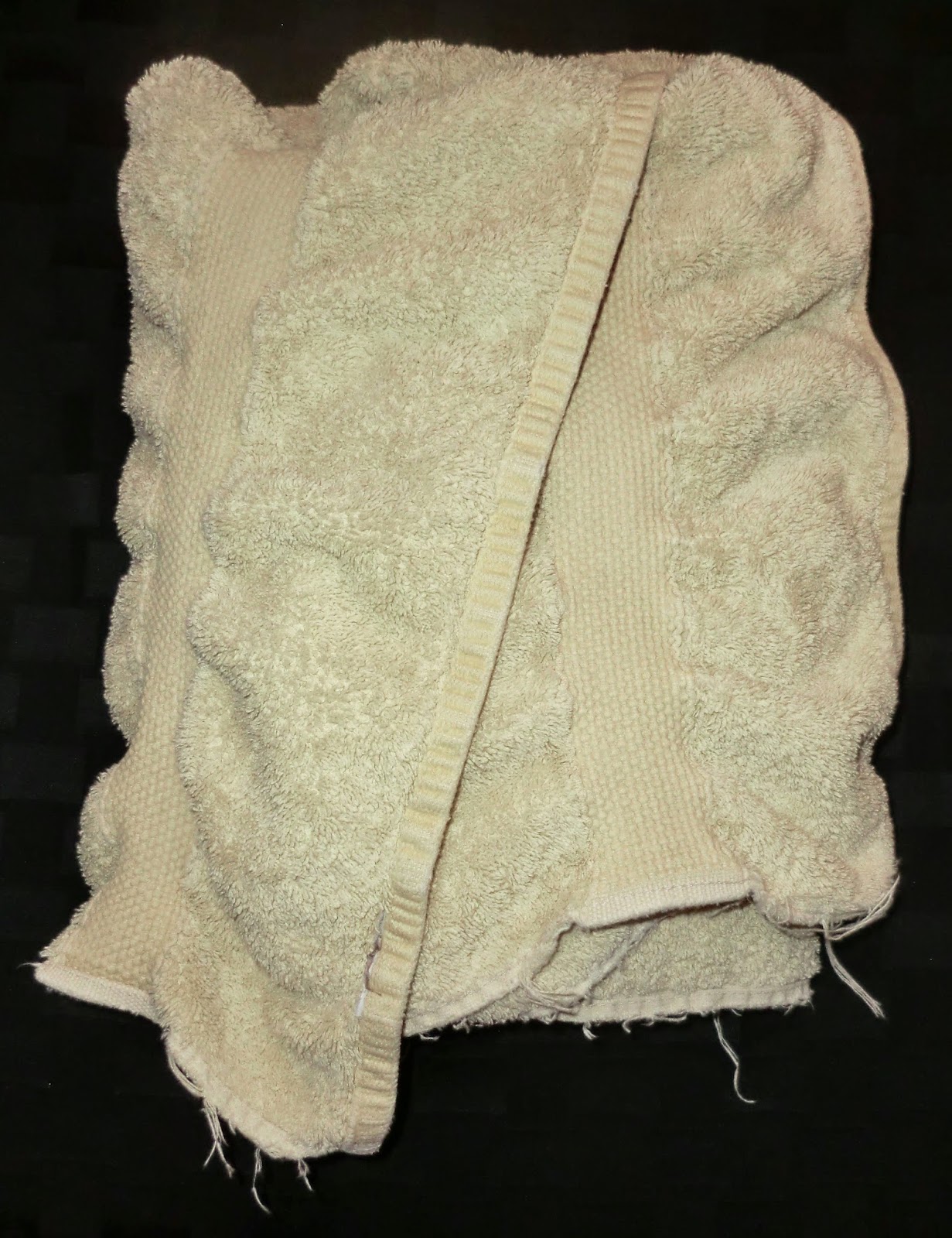 Towel number two. This one is six years old. It is mildly beige. It used to be a creamy light brown. It didn’t used to be “ruched” in the middle—that’s from uneven shrinkage. It is completely frayed and worn out. 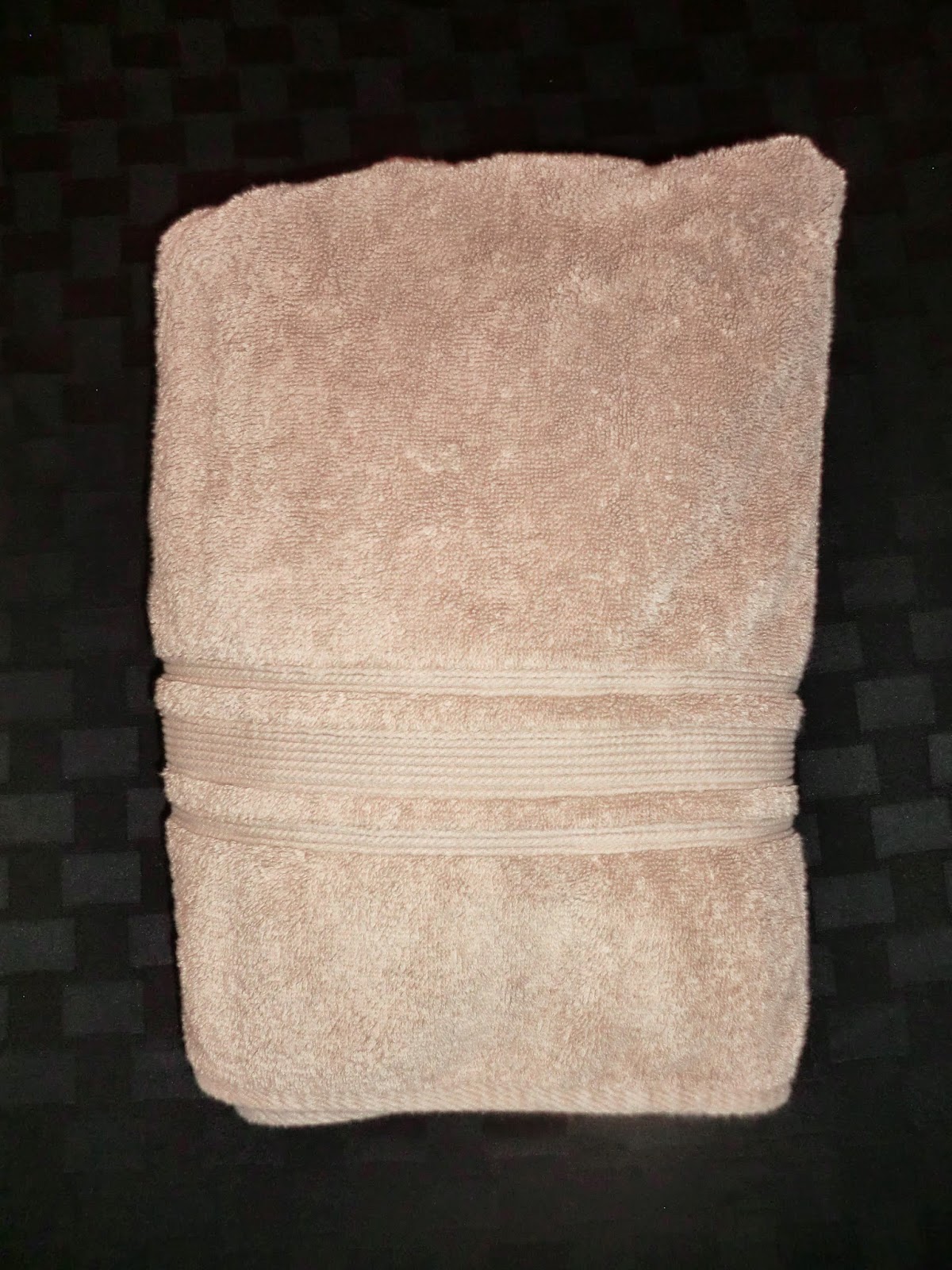 Towel number three is three weeks old. It still has its original color. (Thank goodness.) But it already has pulls on the terrycloth--though you can't see them in this photo.

I want towels from 50 years ago. I’ll pay three times as much as they currently cost if they last 50 years. Heck, I’ll pay five times as much and still save money. (Though I would not buy pink.)

So, in spite of modern advancements and computerized weaving, they can’t make a towel like they did fifty years ago. Okay, maybe they can. They just don’t want to. Because I wouldn’t buy new towels if the old ones were still good. Pink or no pink. Which explains why I’m the owner of towels that are 52 years old. (And in case you’re wondering, the washcloths are in good shape too.)
Posted by Connie Keller at 7:00 AM